The performance of BLUESTAR® FORENSIC is superior to its other competitors. It allows the detection of blood with the naked eye even at very high dilutions. Our product can be applied on all supports: metals, plastics, fabrics, etc. Our know-how has enabled us to manufacture a product that does not alter DNA traces.

THE CHEMISTRY OF BLUESTAR FORENSIC

A new Luminol based formula

BLUESTAR® FORENSIC is a blood visualizing agent, based on luminol, a molecule that is well-known amongst forensic criminologists. The constitution of BLUESTAR® FORENSIC has made it possible to eliminate inconvenient elements associated with other luminol-based reactive agents.

How does Luminol React ?

Luminol (3-Aminophthalhydrazide) was synthesized for the first time in 1853. Its property to produce a chemo-luminescent reaction in basic solution in the presence of an oxidizing agent on contact with blood was first observed by Albrecht in 1928.

The main components capable of catalyzing this reaction for emitting light are the transition metals haem and peroxidase. Haem is a biochemical structure that forms an integral part of peroxidase. This structure is equally present in hemoglobin. In this manner, the presence of hemoglobin – thus of blood – can be revealed by taking advantage of the ability of haem to catalyze the chemo-luminescent property of luminol. In other words, a mix of luminol + oxidizing agent + alkaline agent, when placed in contact with blood, will emit light. 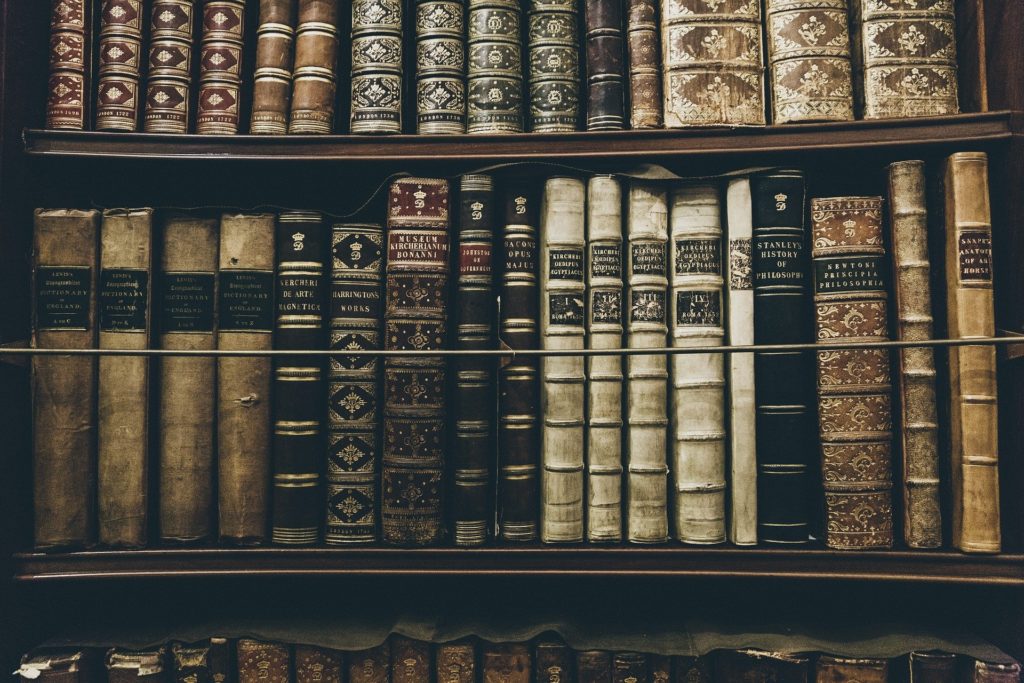 From Luminol to Bluestar® Forensic: a brief history

The first experiments conducted with a view to using luminol as a tool in forensic sciences were conducted in 1937 by Specht, who tested it out on a variety of bases such as the lawn, bricks, or stone soaked in blood. In 1939, Proesher & Moody tested Specht’s composition on animal and human blood.

In 1951, Grodsky proposed a blend of powders made up of luminol, sodium carbonate, and sodium perborate mixed with distilled water. This subsequently became the formula that is still used by today’s investigators to detect traces of blood at the scene of a crime.

However, the use of sodium carbonate produces a slow reaction in the oxidization process of hemoglobin. It therefore is not very luminous and of brief duration only. Moreover, once the reactive agents dissolve in the water, the life of the solution obtained is very short. This formula is very unstable and is toxic, due to the presence of sodium perborate.

In 1966, Weber proposed a composition made up of luminol, sodium hydroxide or potassium hydroxide, hydrogen peroxide diluted in distilled water. The solution so obtained needs to be kept in a cool place away from direct light. Its lifespan is brief. The luminous reaction obtained by this composition can be photographed in total darkness, or filmed with a night-vision camera.

In 2000, Jean-Marc Lefebvre-Despeaux, president of BLUESTAR, charged Loic Blum, Ph.D., professor of bio-chemistry at the University Claude Bernard-Lyon and director of the enzymatic and biomolecular engineering laboratory (EMB2-UMR 5013 CNRS-UCBL) to find a new formula that would be luminol-based and eliminate all those numerous inconveniences. As a result, Blum discovered this new formula that was subsequently called BLUESTAR® FORENSIC. 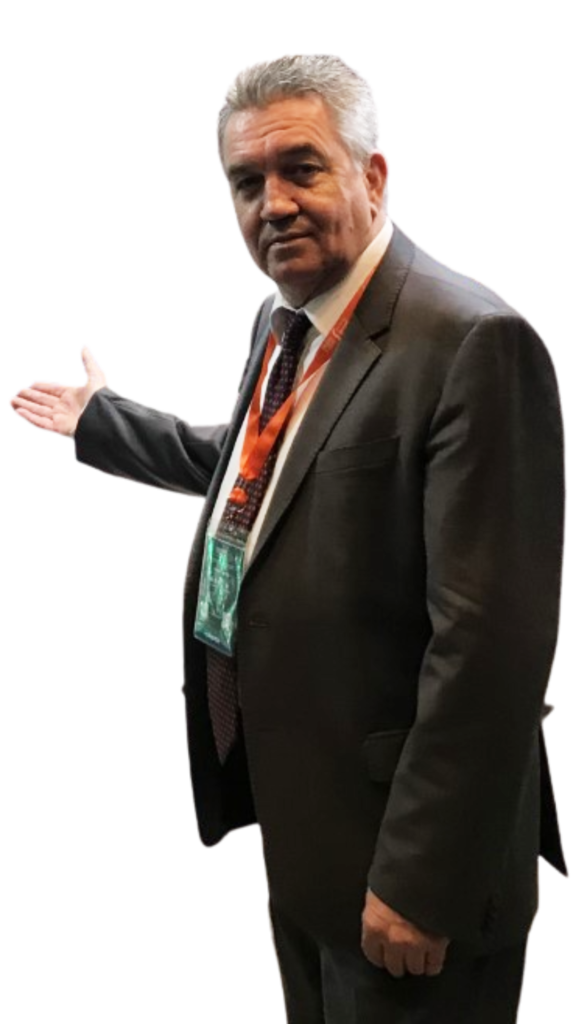 BLUESTAR® FORENSIC is more sensitive than other presumptive field tests for blood. Bloodstains treated with BLUESTAR® FORENSIC may be visible down to 1:10,000 dilutions. Invisible stains react immediately to the BLUESTAR® FORENSIC blood reagent, provoking an intense blue color luminescence (430 nm wavelength) visible to the naked eye in darkness. Its sensitivity is such that it will evidence blood in quantity smaller than the minimum required to perform D.N.A. typing.

BLUESTAR® FORENSIC enables the detection of invisible or microscopic traces or blood droplets, particularly against dark backgrounds. The visualization of the stains does not depend on the size of the bloodstains, but only on the actual presence of blood.

BLUESTAR® FORENSIC produces a more intense and longer-lasting luminescence that does not need total darkness to be visible. BLUESTAR® FORENSIC can be sprayed several times on the same area, making observation and picture or movie taking easier. Evidential photographs can be taken with an ordinary camera and film, therefore suppressing the need for sophisticated equipment.

How to take photographs of BLUESTAR® FORENSIC reactions

What the French National Gendarmerie Criminal Research Institute (IRCGN) says about it :

«This new solution of the BLUESTAR® offers numerous advantages over a classic solution of luminol. The luminescence intensity is higher, it lasts longer, and it does not necessitate total darkness to be visible. Furthermore, this chemical is more stable in time, and can still be used several days after preparation».

Tests were carried out on various blood dilutions that had been bleached (9.6% and 0.48% concentrations). Conclusions are as follows:

Bleach does not prevent subsequent blood detection with BLUESTAR®.

Once bleached (9.6% and 0.48% chlorine concentration) and machine washed, bloodstains at various dilutions are still revealed by BLUESTAR® FORENSIC.

Bleach is a lying witness because it shows a characteristic chemiluminescence, but this does not particularly hinder detection: the confusion between bloodstains and bleach is impossible if you have a trained eye:

The shorter duration of the bleach luminescence is a distinguishing mark of a surface that has been bleached. This can be seen on this video relating to false positives.

This demo is an extract of our 47-minute instruc-tional video, available in the video section.

Various surfaces and materials have been tested, porous and non-porous, natural or synthetic :

Some false positives have been identified, such as varnished wood, a few small shrubs (thyme…).

The reaction is different on false positives, as is shown in this video.

This demo is an extract of our 47-minute instruc-tional video, available in the video section.

CONCLUSIONS OF THE IRCGN STUDY

The French National Gendarmerie Criminal Research Institute has carried out a study on the use of BLUESTAR® FORENSIC prior to performing DNA typing, on blood samples diluted from 1:2 to 1:1000.

«DNA typing performed on blood treated with BLUESTAR® yields the same results as obtained from typing non-treated blood. Such results are extremely important in forensic science. Actually, obtaining reliable DNA typing (high frequency), even partial, allows for a case determination with a minimal risk of error.

This study clearly demonstrates that a treatment with this new solution of BLUESTAR® does not prevent reliable DNA typing (high frequency). These results are very encouraging, and make this chemical an interesting tool for the forensic science».

CONCLUSIONS OF THE UFEG-CHU NANTES – FRANCE

Subsequent identification of ABO types is possible as shown in this report on ABO tests conducted on BLUESTAR® FORENSIC treated bloodstains.

Not only BLUESTAR® FORENSIC can help investigators to solve crimes weeks or months after it was perpetrated, it can also take us back to the past decades or even centuries and give us additional clues to historical events. A great tool for archaeology.

Evaluation of the opportunity of using Bluestar in archeology by Barbara J. Gundy, Ph.D. This study is about searching for blood on lithic artifacts.

7,040 years old ! So far, this is the oldest blood revealed by BLUESTAR® FORENSIC. This awesome discovery was made by Argentinian archeologist Andrés Romano of ISES-CONICET-UNT by spraying Bluestar Magnum on archaeological lithic material and the images are eloquent… The projectile tip of PCz 1.2 (Peñas de la Cruz, Argentina) is dated 7,040 ± 90 years before present and those of Quebrada Seca (QS3) around 6,000 years BP. The reaction in these old samples could be clearly observed from the photographs. A scanning electron microscope (SEM) was later used to look for blood cells of camelids in the areas where bluestar reacted.

See the PDF pictures of the PCz 1.2 and QS3 findings.

THE BLOOD OF TWO CONFEDERATE SOLDIERS REVEALED AT GETTYSBURG

BLUESTAR® FORENSIC revealed blood prints of two confederate soldiers that were killed at the Battle of Gettysburg. This decisive battle of the American Civil War was fought in July 1863, more than 145 years before the reagent was applied !

Read the story of this discovery as told by the Emmitsburg Area Historical Society.