This murder of attorney Anat Plinner in Ramat Hasharon in 2006 finally was presumably attributed in June 2008 to a teenager after he was arrested merely for riding a stolen motorcycle. 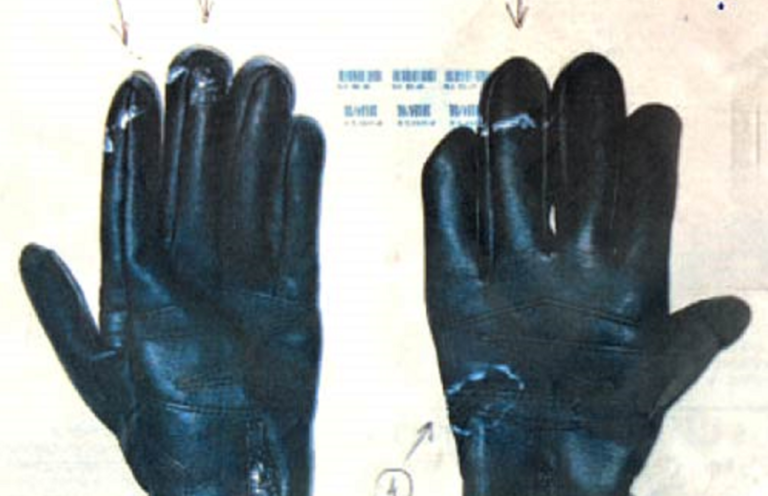 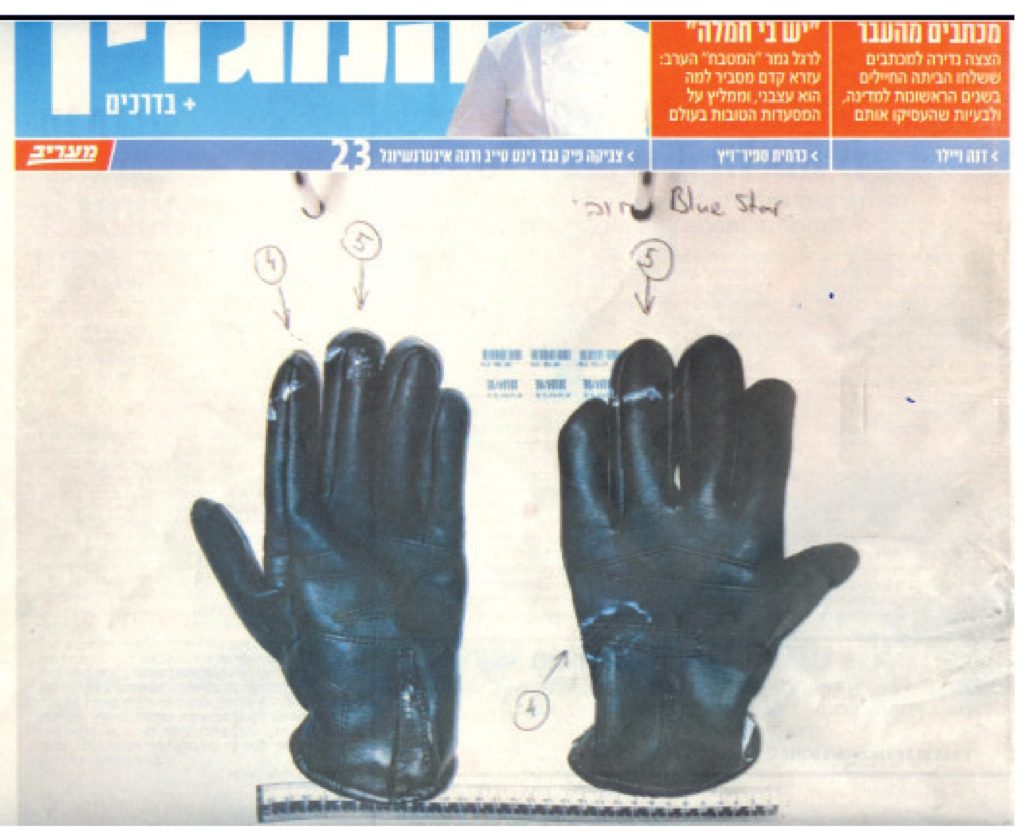 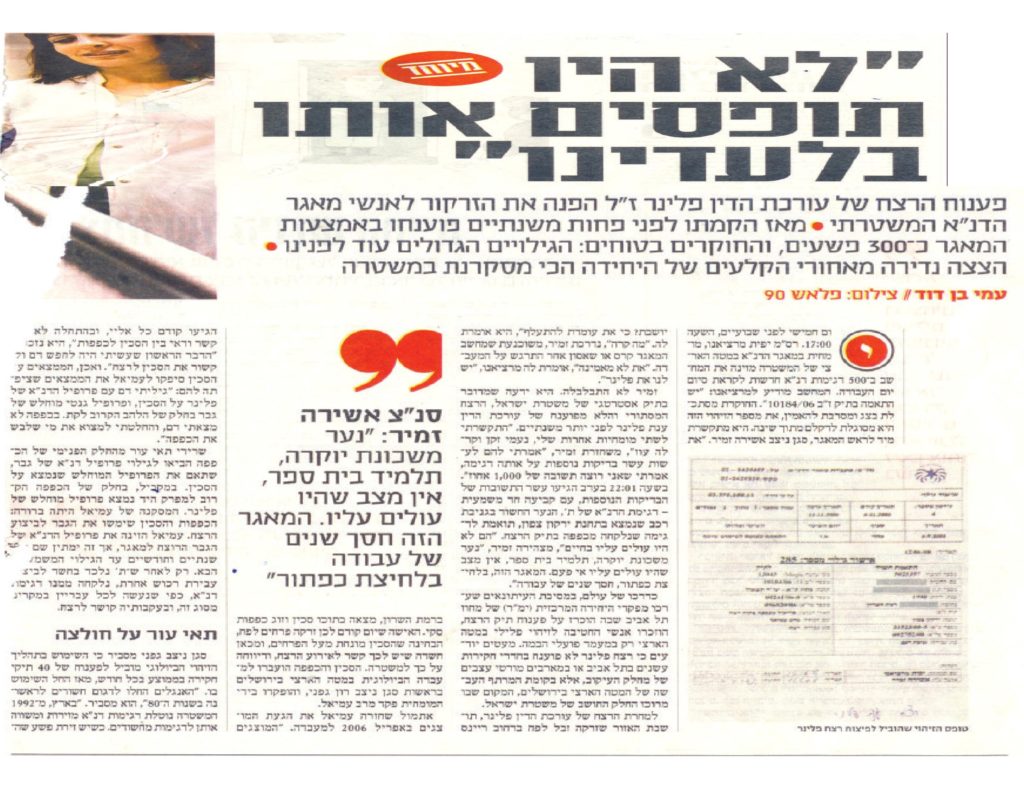 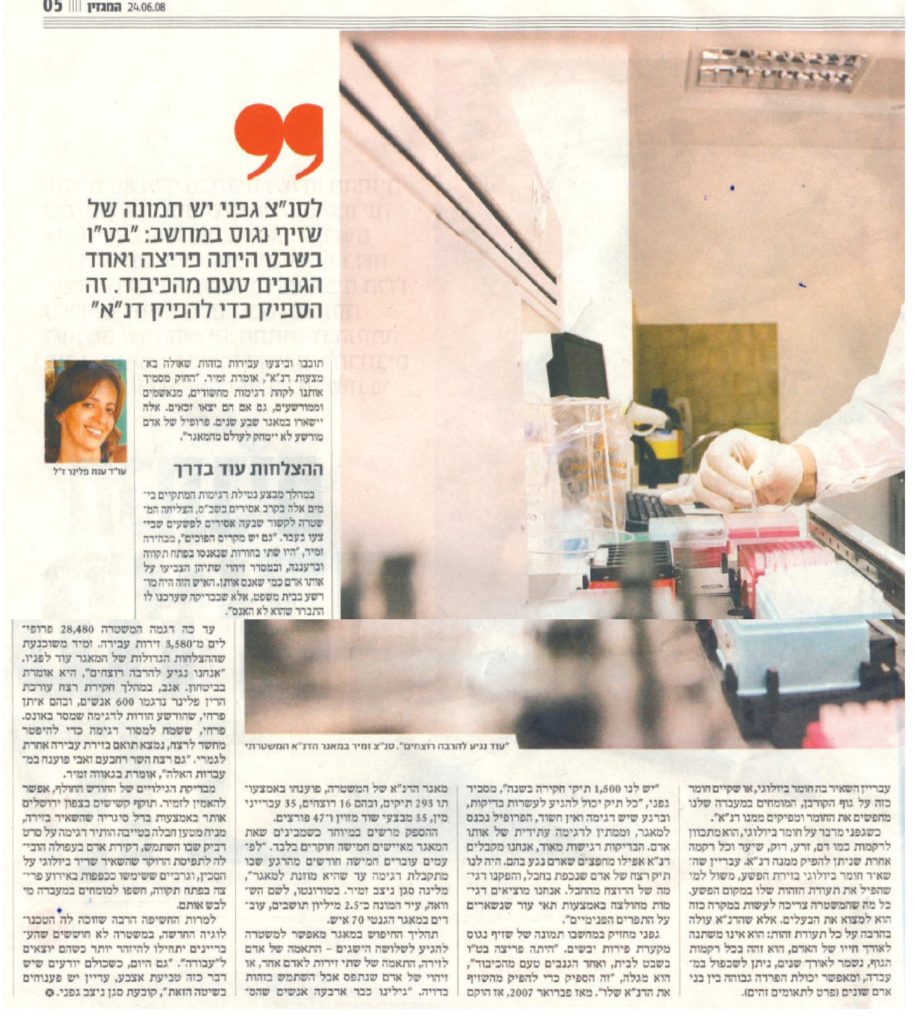 OTHERS PRESS ARTICLES ON THE CASE:

Police yesterday informed the relatives of a 42-year-old female attorney from Ramat Hasharon who was stabbed to death outside her home in 2006 that a 17-year-old boy recently confessed to perpetrating the unresolved crime and reenacted it for detectives. The details of the case had been the subject of a gag order that was partially lifted yesterday.

On April 10, 2006, attorney Anat Pliner answered a nighttime knock at the door of her home in the Tel Aviv suburb. When she opened the door, the perpetrator stabbed her in the stomach. She collapsed and later died en route to hospital.

According to police, the 17-year-old suspect, who resides and attends high school in Ramat Hasharon, confessed to the killing, after a DNA sample that was found on the murder scene was found to match his own. On Friday, the Tel Aviv Youth Court extended his custody. The Tel Aviv Prosecutor’s Office said it intends to indict the teen for murder.

The boy was first apprehended a few weeks ago, after police detained him for riding a stolen motorcycle without a valid license. He was questioned, gave a DNA sample and was released. In processing the sample, police found that it matched the DNA that police believed to belong to the perpetrator, which they had extracted from a knife and gloves left at the murder scene.

After the test results came back, the teen was rearrested, last Thursday, and reportedly confessed to Pliner’s murder a few hours later. He maintained that he arrived at Pliner’s house and asked her for money, adding that he had not known her before. Pliner refused and when she started shouting, he stabbed her and fled the scene.

“I’m glad they caught the murderer, but the pain remains… He killed us all, he killed the joy in the family’s home,” Plinner’s mother, Thiya Aharoni, told Channel 2 news.Abstract

The suspect told police he arrived at Flinner’s home and knocked on the door. It was opened by [Anat Flinner], and the youth proceeded to demand that she hand over all of the money in her home. He pulled out a knife that he had taken from his father, and stabbed Flinner twice, before throwing the knife and gloves he wore away and escaping, the suspect told police.